On April 6, Reuters reported that “the core at Japan’s Fukushima nuclear reactor has melted through the reactor pressure vessel,” Rep. Edward Markey told a House hearing on the disaster, saying:

“I have been informed by the Nuclear Regulatory Commission (NRC) that the core has gotten so hot that part of it has probably melted through the reactor pressure vessel.”

Recklessly promoting nuclear proliferation, America’s NRC is notorious for coverup and denial of its harmful effects. As a result, their rare admission virtually confirms a full core meltdown in one or more reactors, meaning vast amounts of radiation are being uncontrollably released into the atmosphere, water and soil, spreading over a vast area. It’s the ultimate nightmare scenario now unfolding, but don’t expect major media reports or government officials to explain.

America’s NRC “said Wednesday that some of the core of a stricken Japanese reactor had probably leaked from its steel pressure vessel into the bottom of the containment structure, implying that the damage was even worse than previously thought.”

Far worse, in fact, because molten core material then burns uncontrollably through the concrete foundation, meaning all bets are off.

American engineers warned “that the troubled nuclear plant….is facing a wide array of fresh threats that could persist indefinitely, and that in some cases are expected to increase as a result of the very measures being taken to keep the plant stable, according to a confidential” NRC assessment.

— Possible further explosions because of hydrogen and oxygen from seawater used to cool the reactors that may have done more harm than good. According to former GE reactor designer Margaret Harding:

“If I were in the Japanese’s shoes, I’d be very reluctant to have tons and tons of water sitting in a containment whose structural integrity hasn’t been checked since the earthquake,” and very likely is seriously damaged.

— Because of concern about severe reactor core damage, NRC recommended boron be added to cooling water as a moderator to absorb neutrons.

— Exposed/unprotected spent fuel rods in Units 1, 2, 3 and 4 pose extreme dangers. Moreover, explosions blew nuclear material “up to one mile from the units” into the atmosphere, indicating much greater damage than previously disclosed.

As a result, David Lochbaum from the Union of Concerned Scientists (UCS) believes:

“This paints a very different picture, and suggests that things are a lot worse. They could still have more damage in a big way if some of these things don’t work out for them….They’ve got a lot of nasty things to (handle), and one missed step could make the situation much, much worse.”

Yet government and Tokyo Electric (TEPCO) officials still claim “no immediate risk of a hydrogen explosion occurring” or serious harm to human health. In fact, danger levels now are extreme. More on that below.

Even the NRC admitted that salt water “severely restricted” and likely blocked circulation pathways. Moreover, inside the core, “there is likely no water level (so it’s) difficult to determine how much cooling is getting to the fuel.” Perhaps none, and three or more reactors are affected, one or more in meltdown.

As a result, mobile measures in parts of America and Canada were suspended until further notice to conceal the disaster’s gravity.

Moret cited two distinguished nuclear scientists who’ve publicly said northern Japan (one-third of the country) is uninhabitable and should be evacuated. Marion Fulk is one, a Manhattan Project scientist who helped develop the hydrogen bomb. He also was America’s atmospheric fallout expert when above-ground tests were conducted.

Dr. Chris Busby is the other, an ionizing radiation expert. On March 30, he told Russia Today television that Fukushima contamination will cause at least 417,000 new cancers.

In response, Japan, America and Canada are in denial. Permissible radiation exposure levels have been raised. Legitimate reporting was halted. US and Canadian atmospheric testing was suspended. State authorities told California physicians not to give iodine to concerned patients. Measuring radiation in milk was also stopped.

Contamination is spreading from the Arctic to the Equator. Long-lived radioactive isotopes will cause environmental and human health havoc for generations. Moret said life forms developed over billions of years are being destroyed in a century..

“What these people have in common is ignorance. (Most) who appear (in the major media) and pontificate have not actually done any research on the issue of radiation and health. Or if they have, they….missed all the key studies and references. (Others are) real baddies” who say Fukushima is nothing to worry about, nothing like Chernobyl or Three Mile Island (TMI).

In fact, Fukushima already way exceeds both and will get increasingly worse ahead as radiation releases continue and spread. Busby quoted Joseph Conrad saying, “after all the shouting is over, the grim silence of facts remain.”

“I believe that (the array of) phony experts,” said Busby, “are criminally irresponsible, since their advice will lead to millions of deaths….I hope they are sent to jail where they can have plenty of time to read the scientific proofs (showing) their advice was based on the mathematical analysis of thin air.”

“(T)he nuclear industry is waging a war against humanity.”

So far, in fact, it’s winning. It’s entered an endgame that will decide whether or not humanity will survive. “Not from sudden nuclear war,” said Busby. “But from the ongoing and incremental nuclear war which began with the releases to the biosphere in the 60s of all the atmospheric test fallout, and which continued inexorably since (to this day), accompanied by parallel increases in cancer rates and fertility loss to the human race.”

Busby calls it “the greatest public health scandal in human history….” Who can disagree.

In a personal email, environmental researcher Dr. Ilya Perlingieri explained the dangers of Japan dumping thousands of tons of radioactive water in the Pacific, saying:

“We are all in grave danger! This was insanity! This radioactive water will come here (to America). There is no question about that. The currents will bring it to the west coast and contaminate the entire area: beaches and all sealife between the coast and Japan. What evaporates naturally will then come on the air currents around the rest of the US and then the rest of the planet!”

“This is epic, and it was not an accident.”

Stephen Lendman lives in Chicago and can be reached at lendmanstephen@sbcglobal.net. Also visit his blog site at sjlendman.blogspot.com and listen to cutting-edge discussions with distinguished guests on the Progressive Radio News Hour on the Progressive Radio Network Thursdays at 10AM US Central time and Saturdays and Sundays at noon. All programs are archived for easy listening. 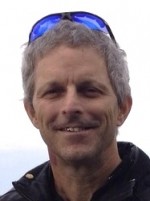